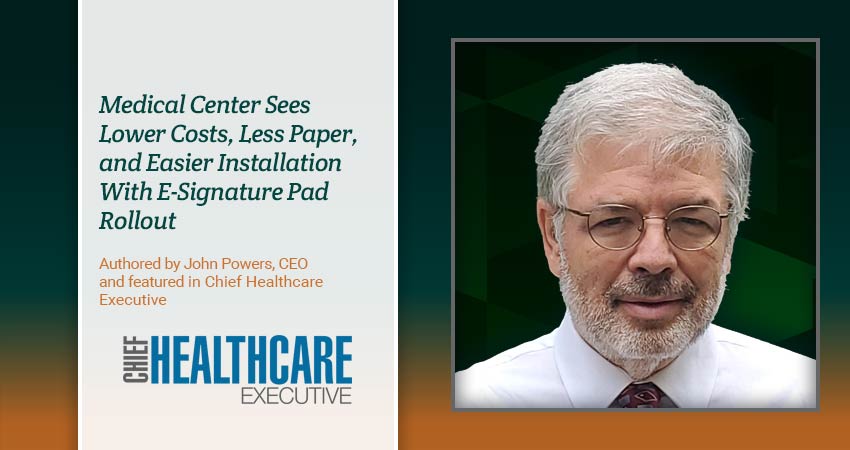 There were three reasons the director of patient access at a premier academic medical center in Texas wanted to test, and possibly roll out signature pads in April 2019.

First, the units she’d learned about were significantly less expensive than the ones already in use at registration desks. Second, the devices were much easier to install than their current devices, essentially just needing to be plugged in to be recognized by the computer. Third, several locations at the medical center were still using paper consent forms, so moving them to e-signatures through a less-expensive device would save time, reduce errors, and eliminate paper.

Are You an Integrator?

Are You
an ISV?

Try a 30-day demo
with your integration

Our Most Recent News

Are You Epic Hyperdrive Ready? Scriptel is!

The Cost and Investment in Healthcare 2021

“User-friendly interface, easy installation, improved patient flow, and higher patient satisfaction are why we are happy to have purchased Scriptel signature pads.”

“Implementation couldn't have been smoother. Everything was easy to use, right out of the box.”

“Scriptel is saving at least 10 minutes on every signed consent, and we process a significant number of forms per day.”

“The pads are highly durable, do not require batteries, and are completely plug-and-play.”

“We didn't know that there were other vendors out there who could offer us an Epic-compatible eSignature device.”

Are You
an ISV?

Try a 30-day demo
with your integration
Shop  |  Resellers  |  Contact Us!